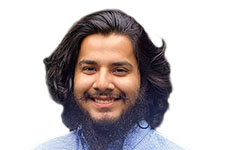 Brain organoids provide a simplified neurological model; thus, they offer a valuable platform for studying neurodevelopment . The brain organoids developed in Dr. ChangHui Pak’s lab give us the unique opportunity to examine certain aspects of developing human brain tissue in vitro. Currently, the protocols for brain organoids are developed by either the unguided method of harnessing the self-organization capabilities of human pluripotent stem cells (hPSC) or a guided differentiation using morphogens. However, the present techniques for developing organoids can be inconsistent, expensive, and time consuming. Often, the organoids developed have multiple neural tube-like structures within a single spheroid and lack the homogenous cytoarchitecture that is characteristic of the human brain; solving this issue is the first step in creating viable brain organoids that can more closely recapitulate human brain development. Brain organoids have revolutionized the way we approach disease modeling and neurodevelopment; creating tools and techniques to optimize organoid formation is vital.

To address this issue, Dr. Yubing Sun’s lab will pioneer the fabrication of a new device through 3D printing for guided differentiation of hPSC’s that is comparable to the morphogen gradient observed in vivo. The key will be using hPSC’s and microfabricated slots that will mimic the primitive streak and organizer to diffuse morphogens into the hydrogel matrices. The introduction of Bone Morphogenic Protein 4 (BMP4) as a dorsalizing agent and Sonic hedgehog (Shh) as the ventralizer from polar ends of the proposed device will give rise to a Dorsal-Ventral patterning and subdivisions of the brain that has yet to be seen by current organoid systems. Additionally, Fibroblast Growth Factor 8 (FGF8) /retinoic acid and Wingless-related integration site (Wnt)  will be crucial for the Anterior-Posterior patterning typical of a 3D organoid. Therefore, these next-generation organoids, which I will fabricate and characterize, are expected to exhibit single neural-tube like structures that can mimic human neurulation in vitro. We predict that the proposed system, with controlled secretion of morphogens, will allow us to efficiently and consistently produce single neural tube-like structures resulting in an innovative, reproducible, and cost-effective method for creating cerebral organoids. Finally, I will use these next-generation organoids to investigate the interneuron migration between different regions of the developing brain. 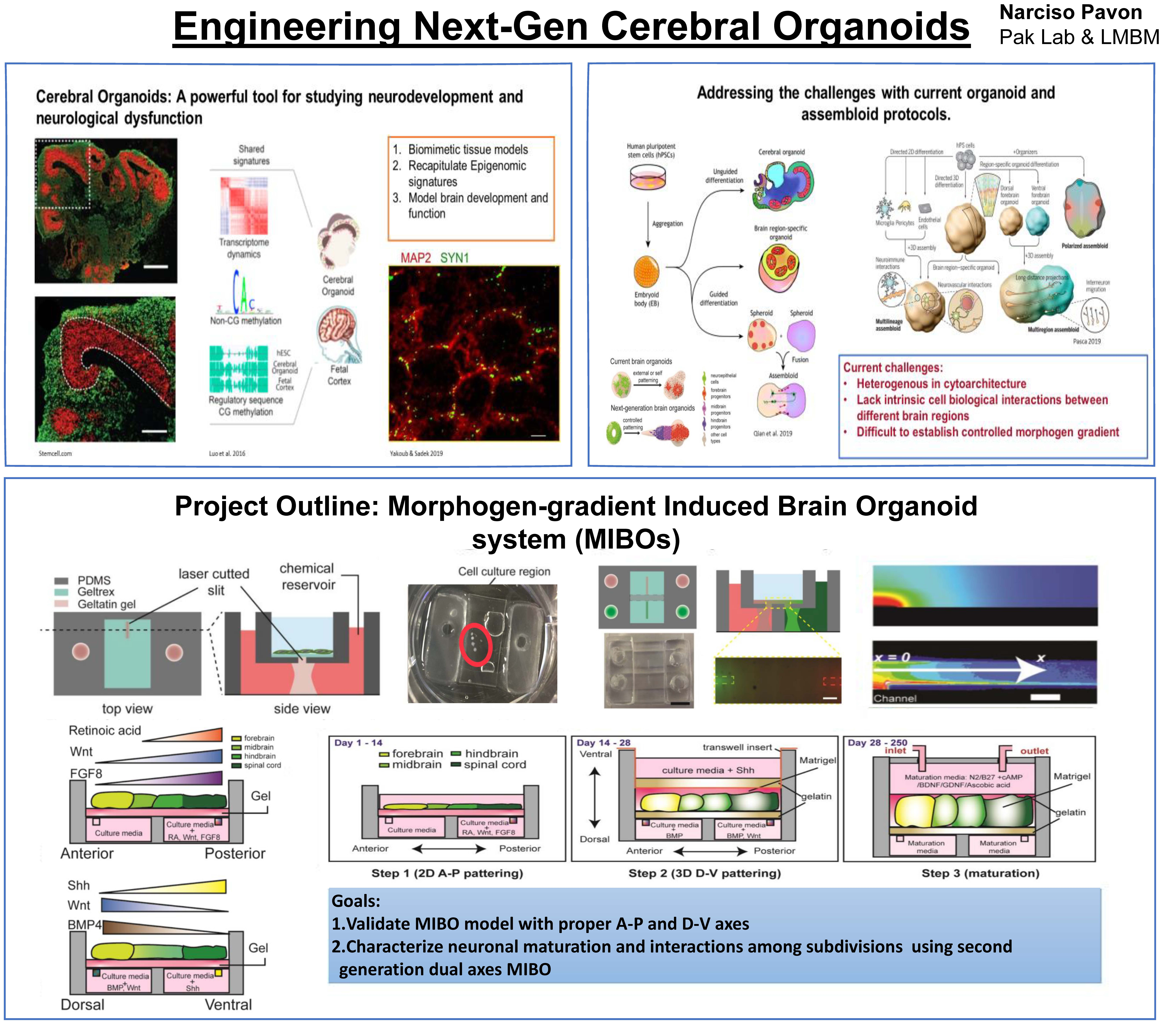