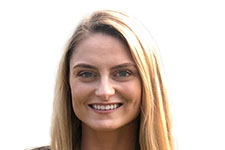 The human body is composed of trillions of cells, all of which originated from a single cell at the time of conception. This level of development can only be achieved and maintained through millions of rounds of cell division every day, which is no small feat for any organism. Throughout these trillions of replication cycles there is substantialopportunity for defects in division to occur, with consequences including diseases such as cancer and neurodegenerative disorders. For this reason, tight regulation of cell division is imperative to ensure the integrity of the daughter cells. It is the responsibility of cell cycle checkpoints, such as the spindle assembly checkpoint (SAC), to sense and respond to such defects in the division process.

The SAC functions to delay the cell cycle until each chromosome has bioriented spindle attachments, in which they attach to microtubules from opposite spindle poles and align at the metaphase plate. This helps ensure that segregation results in an equal number of chromosomes in each daughter cell. The checkpoint is an elaborate pathway that is facilitated by the kinetochore, a large protein complex that forms at centromeres and mediates the binding of chromosomes to spindle microtubules. Dysregulation of the SAC has been linked to aneuploidy as well as tumor development, and many of these proteins comprise an emerging field of chemotherapeutic targets. Research in the Maresca lab focuses on characterizing the role of a number of kinetochore proteins in the SAC.

One highly understated aspect of the kinetochore is the presence of intrinsically disordered proteins (IDPs), which may account for as much as 50% of the kinetochore’s molecular mass in Drosophila. IDPs lack a fixed three-dimensional structure and are instead able to alternate between conformations in the cell, challenging the previously accepted paradigm that protein structure determines protein function. In the kinetochore, we believe it is the non-structure of a multitude of proteins which allows them to regulate the checkpoint reliably.

My current project focuses largely on characterizing the intrinsically disordered kinetochore protein KNL1 and the role that tension plays in its regulation. We hypothesize that KNL1 is the tension sensing mechanism that allows the cell to sense biorientation. In this model, the force from microtubules binding to the N-terminus of KNL1 causes elongation of its disordered region, thereby decreasing its affinity for checkpoint proteins. Release of the checkpoint proteins subsequently allows passage through the spindle assembly checkpoint onto anaphase. The goal of my dissertation research is to elucidate the tension-sensing components of the SAC, as well as the mechanisms by which the sensor is regulated. By examining the kinetochore from the viewpoint of intrinsically disordered proteins, we are presented with a unique perspective to gain insight into the regulation of this checkpoint.