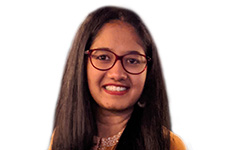 In mammals, fertilization triggers a series of Ca2+ oscillations inside the egg [1]. The Ca2+ rises directly activate Ca2+/calmodulin-dependent protein kinase II (CaMKII), a serine/threonine kinase. Females whose eggs lack CaMKII are sterile [2]. During fertilization, CaMKII phosphorylates Emi2, which leads to release from the cell cycle arrest and initiates embryo development [3]. Each subunit of CaMKII is comprised of a kinase domain, regulatory segment, a variable linker region, and a hub domain [4]. There are four CaMKII genes encoded in mammals: CaMKII α, β, δ, and γ and CaMKIIγ is the only variant expressed in the eggs [5]. Two splice variants of CaMKIIγ (γ3 and γJ) are expressed in equimolar concentrations in mouse eggs [6]. The regulation and activation properties of these CaMKII variants during embryogenesis and organogenesis are unknown. Dr. Rafael Fissore and Dr. Margaret Stratton have an established collaboration focused on examining CaMKII activation by Ca2+ oscillations during fertilization, embryogenesis, and organogenesis.

1) Studying CaMKII activation during the early Ca2+ rises of fertilization using CaMKII biosensors. FRESCA (FRET-based sensor for CaMKII activity) was developed by our labs to measure endogenous CaMKII. However, the signal-to-noise ratio was low in the original design. In collaboration with Dr. Jin Zhang at UCSD, FRESCA2 was constructed, which resulted in a 10-fold higher FRET change. Camui is a FRET-based sensor for CaMKII activity that is built out of CaMKII itself [7]. The Camui design contains a single CaMKII sequence with CFP and YFP appended at the termini, and therefore reports on the activation of this single CaMKII. Using a combination of FRESCA2 and Camui, I will interrogate how the egg-specific variants (CaMKIIγ3 and γJ) are activated when exposed to natively induced Ca2+ oscillations, which are triggered at fertilization by the sperm-specific PLCzeta [8]. CaMKII acquires Ca2+independent activity (autonomy) by autophosphorylation at Thr286, which may impact downstream signaling events. To test this, I will manipulate phosphorylation levels during the early Ca2+ rises using phosphatases and non-phosphorylatable CaMKII variants and observe the downstream signaling events using western blot analysis, and additionally, monitor egg activation and cleavage. 2) Facilitating egg activation by direct delivery of CaMKII. We are establishing a direct delivery method of active CaMKII to induce initiation of development independent of fertilization. I have inserted a cell penetration peptide (TAT) into the CaMKII kinase domain (which is constitutively active) and purified this construct. I am currently testing its direct uptake into eggs and will subsequently monitor cell division.  If successful, this type of treatment could be used to reduce the ~50 % cases of in vitro fertilization cycles that fail to produce offspring in females younger than 35 years of age and remain idiopathic [9]. Additionally, implementing a direct activation strategy will allow me to tease apart the native functions of CaMKII activation versus the Ca2+oscillations. Our preliminary results show that injection of the generated protein into eggs induces egg activation and cleavage.

Overall, I will determine the role of native CaMKIIγ variants during fertilization and pre-implantation embryo development. Completing these aims will make it possible to know the precise role and regulation of CaMKIIγ variants in these events, the persistence of CaMKIIγ dynamics during development, and ultimately, I will explore when the switch to other CaMKII variants occurs in different tissue progenitor cells during development. I have all the tools necessary to carry out these exciting experiments, which have far-reaching applications in human-assisted reproductive technologies. The generation of FRESCA2 will have broad applications to study CaMKII in other cellular systems. 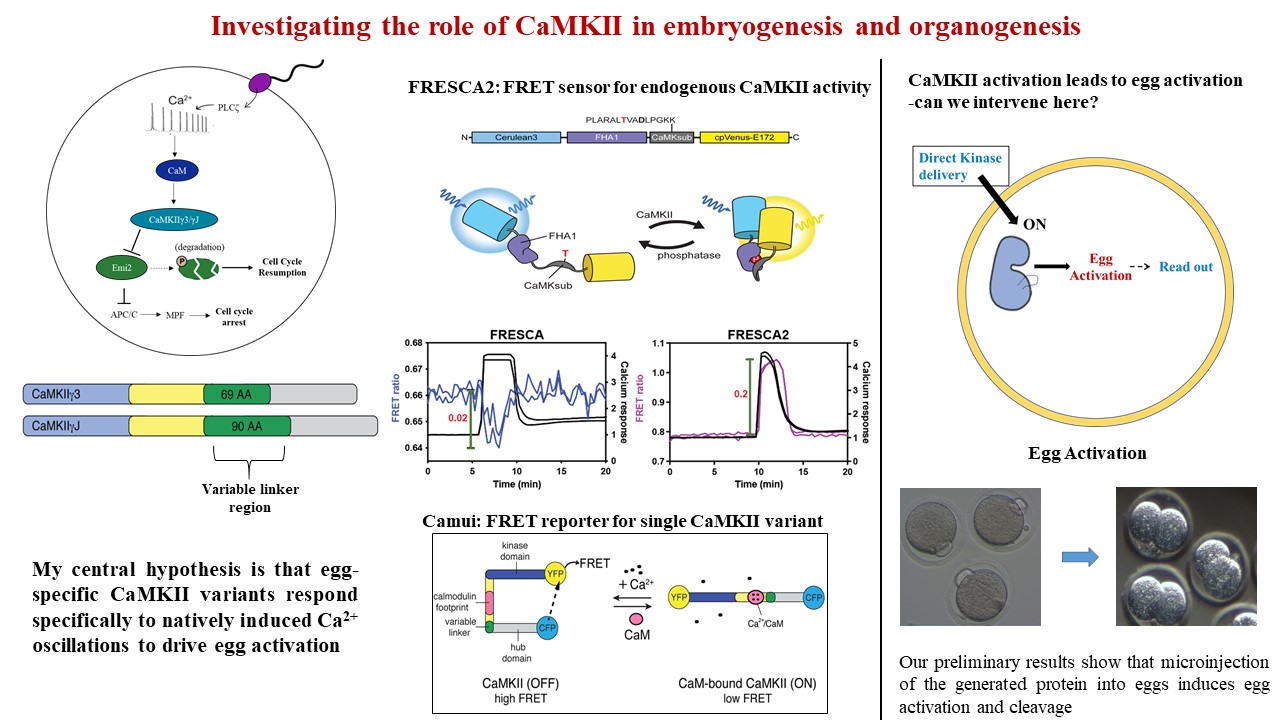