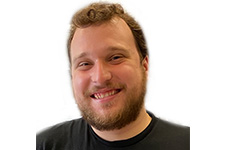 The immune system is the main barrier which protects our bodies from disease. One of the primary parts of our immune system is the adaptive immune system, which responds to specific antigens. This specificity is derived from the cell types which comprise adaptive immunity, one of the most important cell types being T cells. T cells come in two types: CD4 helper cells and CD8 killer cells. Helper CD4 T cells regulate the immune response through secretion of signaling proteins called cytokines, while killer CD8 T cells destroy infected cells via direct contact and secretion of cytotoxic granules. To perform their function, T cells must first be activated through contact between their T cell receptors and a displayed peptide antigen originating from a foreign target. Once activated, T cells have two distinct cell types or “fates” which they can differentiate into: terminal effectors or memory cells.

The lab’s original focus was to discover how a microRNA called lethal-7, or let-7, controlled T cell activity. To this end, mouse model systems were made: one type which is let-7 deficient, and another which overexpresses let-7 through a transgene. Upon examination of killer CD8 T cells, it was found that let-7 controls T cell differentiation, as let-7 deficient cells exclusively became terminal effectors and let-7 transgenic cells exclusively became memory. This exciting discovery shifted our focus to understanding more about T cell differentiation using this model system.

My current project is focused on developing a screen to find and catalog genes which promotes either terminal effector or memory formation in cytotoxic CD8 T cells, using our let-7 model system. We will use CRISPR/Cas9 technology to knock-out a library of every single protein coding gene in CD8 killer T cells from either let-7 transgenic or let-7 deficient mice. Once the screen is complete, genes which control memory formation, terminal effector formation, or both will be revealed through deviation of differentiation of our model. For example, let-7 transgenic cells differentiate into terminal effectors due to a knock-out of a gene important for memory formation. From here, we can not only identify novel therapeutic targets, but also discover new pathways which regulate the formation of terminal and memory cells. 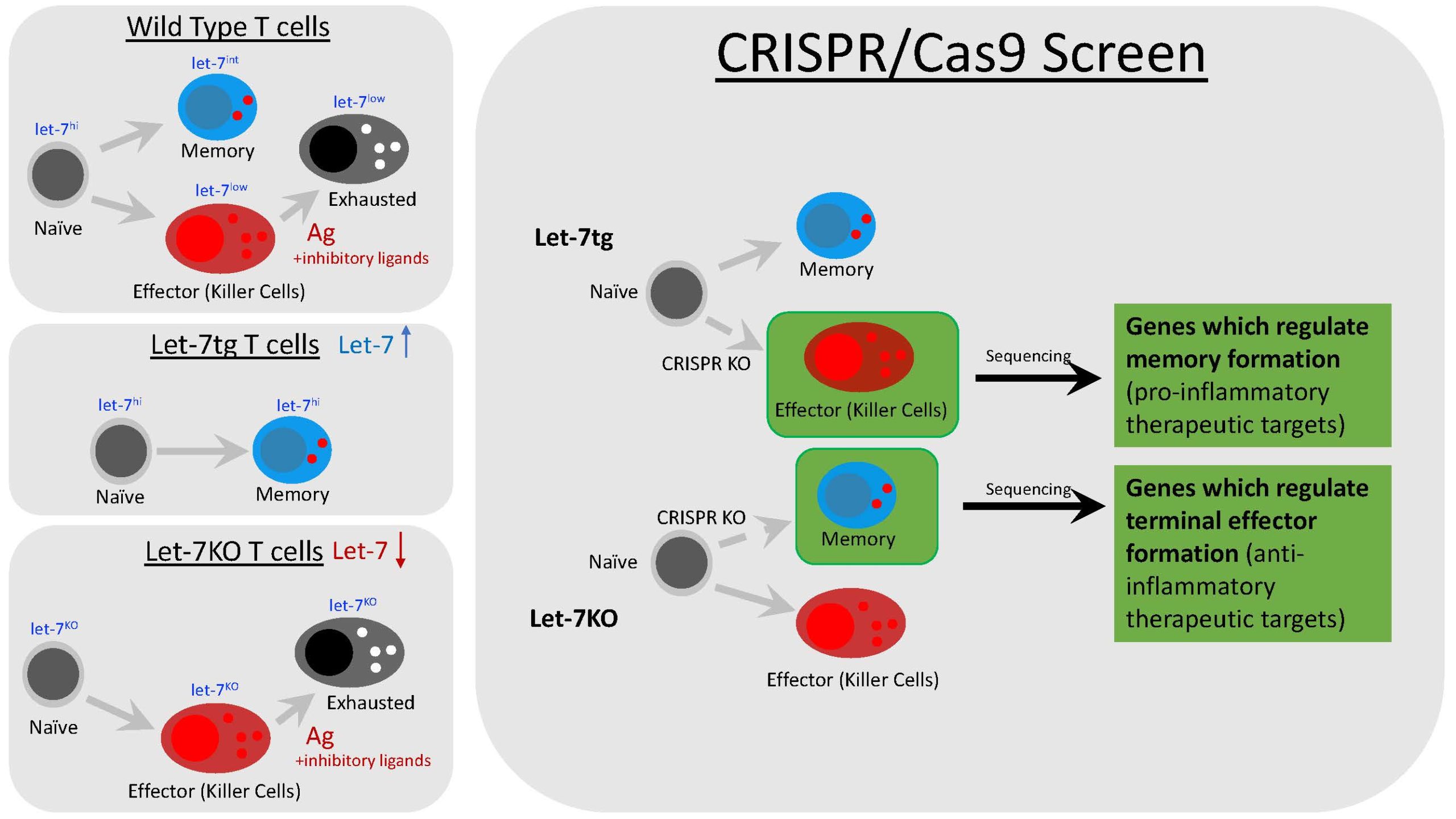