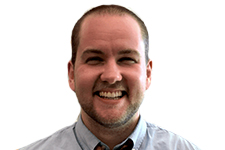 Over the past decade, stem cell biology and neuroscience tools have become promising partners in the hopes of both elucidating the molecular and cellular basis of neurodevelopmental disorders and translating these insights into therapeutic applications for patients. Cellular and genetic engineering and innovative cell reprogramming methods developed by Dr. ChangHui Pak have allowed us to generate and culture homogeneous human induced neuronal cells from non-neuronal cell populations.  Our lab has optimized a neuronal differentiation protocol capable of developing cortical excitatory neurons that are differentiated from human induced pluripotent stem cells (hiPSCs) using a single transcription factor called Ngn2. This protocol allows us to produce large numbers of excitatory neurons with 100% functionality in an efficient and reproducible way. Using hiPSCs containing naturally occurring and well-defined mutations from patients with various neurodevelopmental brain disorders, such as autism spectrum disorders, schizophrenia, and intellectual disability, or hiPSCs with engineered mutations that confer significant disease risk allows us to investigate brain development and synaptic function in a non-invasive and reliable way.

From such endeavors, a protein called calcium/calmodulin-dependent serine kinase (CASK) has been found to be upregulated in human neurons derived from patients with schizophrenia, a complex polygenic brain disorder in which the exact molecular and cellular mechanisms of pathology is not well understood. CASK, a pseudo kinase found in the pre- and post-synapse of neurons, plays a key role as a scaffolding protein for cell adhesion molecules and contributes to neurotransmitter release within the synapse. In patients with a mutated CASK gene, an array of severe disease symptoms can be observed. These can be structural differences, like microcephaly and/or hypoplasia of the brain stem and cerebellum, or it can also manifest as cognitive defects, such as intellectual differences or autism spectrum disorders. Using this molecule as a tool, my dissertation research aims to develop disease modeling platforms whereby human neurons and astrocytes are engineered at the CASK locus to mimic these patients. Since this research has never been attempted, outcomes of this investigation will lead to a better understanding of molecules at play in neurodevelopmental disorders and ultimately stimulate identification of therapeutic targets that can be used to treat these patients. 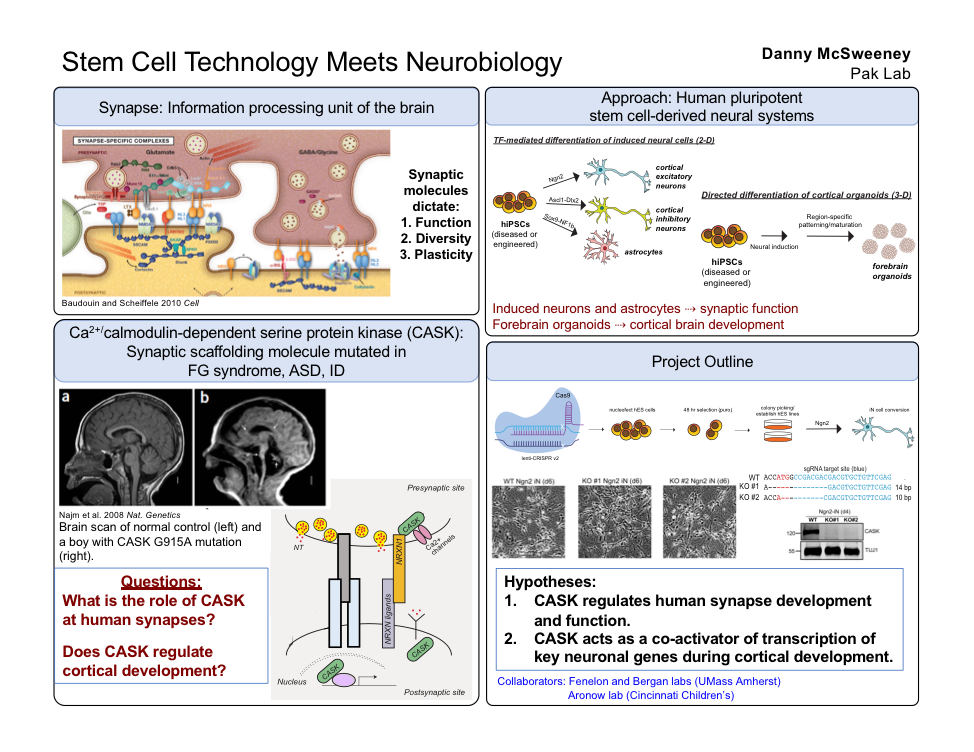